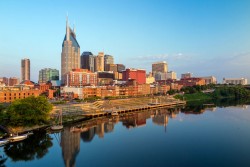 Each new year brings with it some historical significance: an anniversary, birthday or milestone. This year, experience something new while experiencing something old at these historic locations celebrating anniversaries in 2017.

Nashville, Tennessee has a rich musical history dating back hundreds of years. 2017 is a particularly exciting year to take a trip to “Music City,” as a number of iconic Nashville locations celebrate anniversaries going back as far as 125 years. The city is hosting a yearlong celebration of its music history with individual locations sure to hold their own events and festivities to commemorate the occasion.

Born on April 16, 1867 Wilbur Wright was the eldest of the infamous Wright Brothers, the aviation pioneers heralded as the inventors of the world’s first successfully flying airplane.

Earhart was the first female aviator to fly solo across the Atlantic Ocean, but gained even more notoriety when she mysteriously vanished over the Pacific Ocean on June 2, 1937 while attempting to circumnavigate a flight around the world.

Aviation aficionados can take a trip to some of the various museums across the country dedicated to these pioneers of flight. Wright’s birthplace in Hagerstown, Indiana and Earhart’s birthplace in Atchison, Kansas both feature museums and exhibits dedicated to the famous aviators (both are also prominently featured at the National Air and Space Museum in Washington, DC). Looking for something a little closer to home? Many local airports also house smaller museums dedicated to the art of flight and aviation, so search online to find out if your local airfield is one of them. 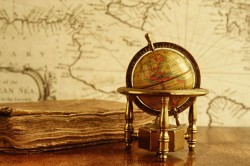 2017 also marks the anniversary of the passing of two of Hollywood’s most recognizable icons: Marilyn Monroe and Elvis Presley.

August 5, 2017 will mark the 55th anniversary of the death of Marilyn Monroe. A pop culture icon, Monroe’s mark can be found throughout Hollywood. If you’ve never experienced the glitz and glam of Los Angeles, the anniversary of Monroe’s death is the perfect opportunity to explore the various exhibits and hot spots dedicated to her life.

August 16, 2017 will mark the 40th anniversary of the death of Elvis Presley. The singer and actor died on August 16, 1977 at the age of 42. With roots in the south, museums and exhibits related to the artist can be found at his birthplace in Tupelo, Mississippi and at his famous estate in Memphis, Tennessee.

There are sure to be other anniversaries and milestones attached to 2017. If none of these catch your interest, explore your own backyard and find something of historical significance in your hometown or somewhere nearby. Seek out a new experience built on years of history.

Fido, Meet the Family
How to Introduce a New Pet to Your Home

Stay Warm and Safe in Winter